Goldbach's original conjecture (known as the "ternary" Goldbach conjecture) was stated in a letter he wrote to Euler in 1742:

In this case he was treating the number 1 as a prime number but we no longer follow that convention today. Euler re-stated it in the more familiar form now known as the "binary" or "strong" Goldbach conjecture:

The conjecture can be written algebraically as follows:

Here, p and q are both primes numbers. n is a natural (whole) number, and 2n is therefore an even number. If we divide both sides of the equation by 2, we get the following:

So another way of expressing Goldbach's conjecture is as follows:

Despite being over 250 years old, Goldbach's conjecture remains unproven. It has been tested for the first few billion numbers and no-one has ever found a counter-example. Most mathematicians believe it to be true, but no-one has ever proved it. And so it remains a conjecture.

The different ways in which an even number can be composed of 2 prime numbers are known as Goldbach Partitions. The diagram below represents the number 4, indicated by the horizontal line divided into 4 equal segments. The one and only Goldbach partition of 4 is 2 + 2, shown by the red arrows. The black dot is added at the partition point.

The next diagram shows the single Goldbach partition for the number 6: 3 + 3.

The number 8 is summed from the prime numbers 3 and 5. Of course it doesn't matter which way round you add numbers because 3 + 5 is the same as 5 + 3. However, we show both points for completeness and to make the diagram nicely symmetrical. 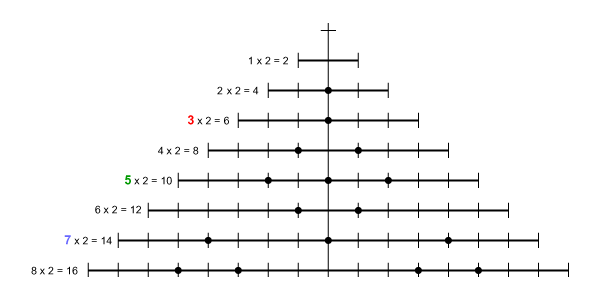 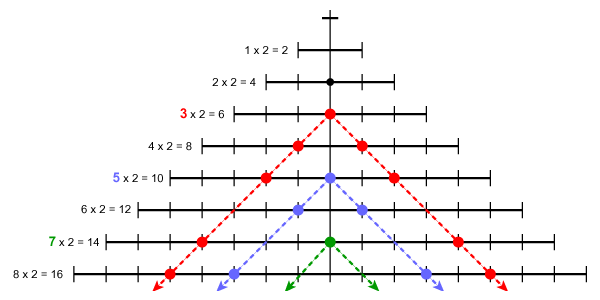 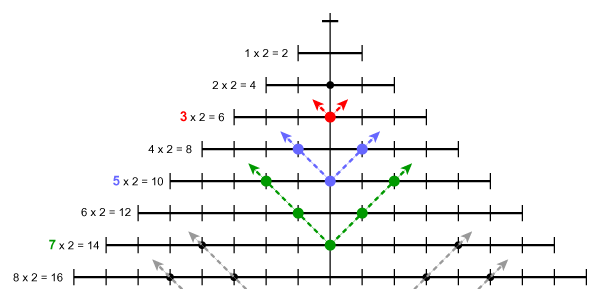 The warp and the weft combine to weave the pattern of the Goldbach partitions. 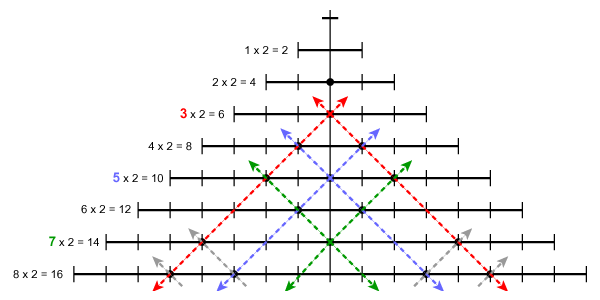 The following two diagrams illustrate one of the Goldbach partitions for the number 10: 3 + 7. The red dots and lines represent the number 3, the green dots and lines, the number 7. In both cases, the numbers can be read from left-to-right or from top-to-bottom. It doesn't matter - it's all the same thing. 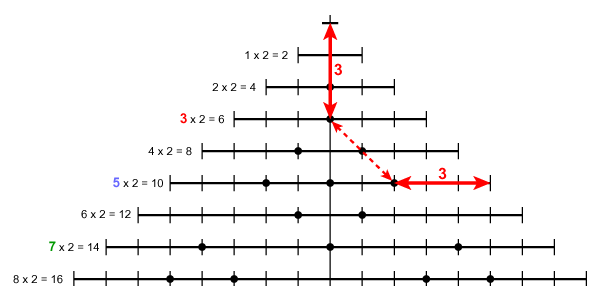 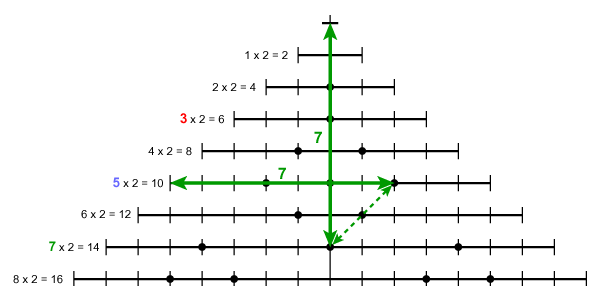 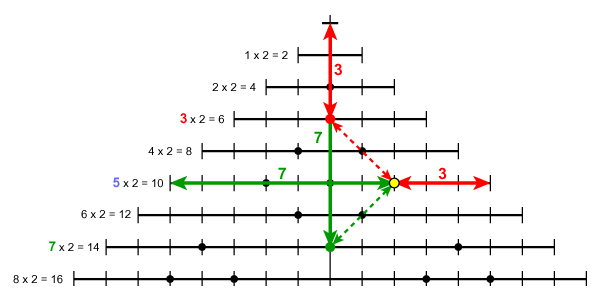 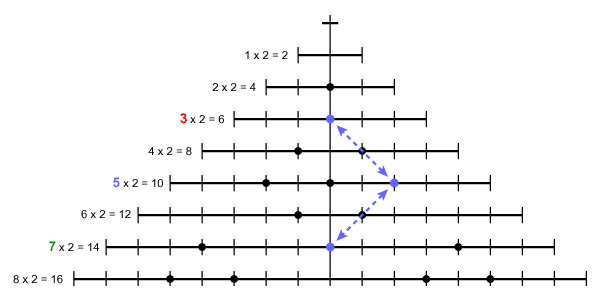